Los Angeles:  The family of Adolfo Del Rio and the Los Angeles Police Department requests the public’s help in locating him.

Mr. Del Rio’s suffers from Alzheimer’s and his family is very concerned for his welfare.

If you have seen, or have any information regarding the whereabouts of Adolfo Del Rio, please contact Detective Baca from the Los Angeles Police Department’s Missing Persons Unit at 213-996-1800.  During non-business hours or on weekends, calls should be directed to 1-877-LAPD-24-7 (877-527-3247).  Anyone wishing to remain anonymous should call Crime Stoppers at 800-222-TIPS (800-222-8477).  Tipsters may also contact Crime Stoppers by texting to phone number 274637 (C-R-I-M-E-S on most keypads) with a cell phone. All text messages should begin with the letters “LAPD.” Tipsters may also go to www.LAPDOnline.org, click on "webtips" and follow the prompts.

Van Nuys:   Detectives from the Los Angeles Police Department’s Van Nuys Division have arrested a man wanted for staging multiple traffic collisions in the San Fernando Valley and Mid-City areas. Investigators surmise there may be additional victims of the staged accidents and are asking victims to contact police.

During the investigation, detectives learned that suspect David Stevens would randomly wave down elderly victims and accuse them of hitting his car.  Although there was no evidence of traffic collision damage on the victims’ vehicles, the suspect would state that he would not report the traffic collision to police or the Department of Motor Vehicles if the victim would pay for the alleged repairs on his car.

The suspect pretended to call a mechanic who gave him a quote over the phone.  The suspect then told his elderly victims the quoted amount to fix his vehicle and followed them to their bank or nearby ATM so they could withdraw cash to pay for the repairs.  In some cases, the suspect followed the victims home to collect the requested funds.  Once the initial payment is made, the suspect would repeatedly return to their home to demand more money.

Using fear as a tactic to get money from the victims, the suspect would remind them that if he were to report the traffic collision, they could lose their driver's license due to their age.  Preying on the victims’ distress, the victims complied with the suspect’s demands and paid whatever amount Stevens demanded.  In some cases, the victim’s withdrew their entire savings account.

Stevens, arrested yesterday about 6:15 p.m. at his home on Elmwood Drive in Los Angeles, is a 42-year-old white male with black hair, brown eyes and a thin mustache.  He stands 5 feet 7 inches tall and weighs approximately 320 pounds.  During the staged traffic collisions, the suspect drove a 1997 brown Chevrolet SUV with license plates 3WVA498 or 7CDG659.  A photo of Stevens is included with this release to assist any additional victims in coming forward.  He’s been booked for grand theft, felony stalking, elder abuse and burglary, and his bail has been set at $1.25 million.

Anyone with information or who may have been a victim or witness to these crimes is urged to call Van Nuys Division Detective Marjan Mobasser at (818) 374-0053.  During non-business hours or on weekends, calls should be directed to 1-877-LAPD-24-7 (877-527-3247).  Anyone wishing to remain anonymous should call Crime Stoppers at 800-222-TIPS (800-222-8477).  Tipsters may also contact Crime Stoppers by texting to phone number 274637 (C-R-I-M-E-S on most keypads) with a cell phone. All text messages should begin with the letters “LAPD.” Tipsters may also go to www.LAPDOnline.org, click on "webtips" and follow the prompts.

Los Angeles:  Beginning this Saturday, February 1, 2014, the Los Angeles Police Commission Investigation Division will enforce the valet ordinance.  It is imperative that all valet companies operating within the City of Los Angeles obtain all necessary Police Commission permits.  Unpermitted businesses may be subject to the following: citation, arrest, or criminal charges filed with the City Attorney and civil sanctions of up to $2,500 per violation per day.

Business owners interested in applying for a valet permit may contact the Police Commission Permit Processing Section at 213-996-1210.  Members of the public can report violations or complaints pertaining to valet companies by calling the valet hotline at 323-929-2568.

Police Chief Charlie Beck indicated it was too early to comment on crime statistics but overall it was looking good.

The Department’s Report, dated January 10, 2014, relative to the donation of 8,000 trauma kits, valued at $352,652.00, from the Los Angeles Police Foundation, to be issued to sworn field officers and new recruits for medical emergencies, for the benefit of the Personnel and Training Bureau, as set forth (BPC #14-0013), was approved and transmitted to the Mayor and City Council for acceptance.

Captain II Brian Pratt and Community Police Advisory Board (C-PAB) representative provided a verbal presentation and update regarding community initiated problem solving, crime strategies, and other programs and goals within the Rampart Area. 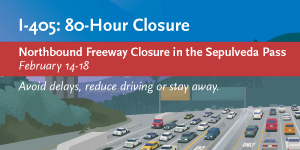 Los Angeles:  The family of Manuela Perez and the Los Angeles Police Department requests the public’s help in locating her.

Ms. Manuela Perez was last seen on the morning of January 17, 2014, at a care facility in the 4300 block of Adams Boulevard, in the city of Los Angeles. Ms. Perez’s family is very concerned for her welfare as she is in need of daily care and assistance.

If you have seen, or have any information regarding the whereabouts of Manuela Perez, please contact Detective K. Merrill from the Los Angeles Police Department’s Missing Persons Unit at 213-996-1800.  During non-business hours or on weekends, calls should be directed to  1-877-LAPD-24-7 (877-527-3247).  Anyone wishing to remain anonymous should call Crime Stoppers at 800-222-TIPS (800-222-8477).  Tipsters may also contact Crime Stoppers by texting to phone number 274637 (C-R-I-M-E-S on most keypads) with a cell phone. All text messages should begin with the letters “LAPD.” Tipsters may also go to www.LAPDOnline.org, click on "webtips" and follow the prompts.

Los Angeles, January 27, 2014 – At 9:30 a.m. on Tuesday, January 28, 2014, the Board of Police Commissioners will vote to accept a unique gift that improves the safety of every LAPD officer.  Eight thousand trauma kits will be donated by the Los Angeles Police Foundation (LAPF).

The new trauma kits, which will be previewed for the first time at the Commission meeting, will replace outdated materials that were originally created in 1998 and will allow officers to render life-saving medical aid in the event of a trauma, terrorist attack or natural disaster.  A major improvement is the inclusion of advanced tourniquets, which saved countless lives in the aftermath of the Boston Marathon bombing.

“Studies show that timely use of tourniquets could raise survival rates as high as 90 percent,” said Steve Soboroff, Police Commission President.  “Through the LAPD’s partnership with the LAPF, police officers are better equipped to save lives - - the public’s and their own.”

Background
In 1998, Officer Phil Cuesta was mortally wounded by gunfire. In order to stop the bleeding and save his life, another officer removed her shirt to use as a bandage. After that incident, the LAPF created and purchased trauma kits for all officers. Those trauma kits were the first grant the LAPF made to the Department.

Since its founding in 1998, the LAPF has awarded more than $21 million in grants to the LAPD. For more information on the Los Angeles Police Foundation, visit www.lapolicefoundation.org.

On January 17, 2014, Darren Sharper was arrested in Los Angeles.  Sharper has been linked to two sexual assaults that occurred in the West Los Angeles Area. The assaults are believed to have occurred on October, 2013 and January, 2014.   At this time the investigation is ongoing.

“It’s sad and maddening that this man used the victim’s quinceañera as a way to find his victims” said Lt. Paul Vernon, commanding officer of the Mission Detective Division.  “Nunez’s own video, taken inside the Humvee is our best evidence in one case.”

Detectives have identified four victims, all under the age of 15, whose families contracted Hollywood Photos and Video to photograph their daughters’ quinceañeras.  Nunez would video himself touching the victims as the girls posed in his Humvee at local parks.  While Nunez’s wife was often present, she claimed she was unaware of the crimes.

Detectives found a hidden closet in Nunez’s Panorama City residence when they served a search warrant in December.  They recovered computers and memory cards from cameras that were stored in the hidden closet, separate from other photography equipment in the house.

“These items are undergoing forensic analysis and we expect to find other victims,” Lt. Vernon explained.  Nunez was well known among the Hispanic population in the San Fernando Valley for photographing quinceañeras over, at least, the last five years.

Nunez is 5’5” tall, medium build, with a receding hairline.  He and his wife ran Hollywood Photos and Video.  His wife has not been implicated in any crimes.  A judge issued an arrest warrant for Nunez with a charge of felony Lewd Act on a Child and set the bail at $1 million.

Los Angeles: On Wednesday, January 15, 2014, around 2:25 a.m., uniformed Newton Patrol officers responded to a domestic violence radio call in the 100 block of East 62nd Street.  As the officers arrived, the suspect shot his father in the head.  The officers heard the shot and saw the suspect flee the area on foot.  The officers gave chase and broadcast information to establish a perimeter.  In addition, the officers advised responding units that the suspect was armed with a handgun and had his hand in his pocket.

Additional Newton Area officers responded.  As one officer maintained a position on the perimeter, he observed the suspect in the backyard of 131 East 60th street, who then turned toward him with a handgun in his right hand.  Police Officer II Craig Mattison perceived this as a deadly threat at which time the first officer involved shooting occurred.

The suspect fled the yard and continued to move within the perimeter. The suspect was seen climbing a cinderblock wall by an officer.  The suspect reached into his pocket while seated in a straddle position on the wall.  Police Officer II Jose Solorzano perceived this as a deadly threat and at which time the second officer involved shooting occurred.  The suspect Christopher Avila (later identified) fled and was later taken into custody.  A .32 caliber revolver was recovered from Avila.

The Los Angeles Fire Department responded and transported the suspect to Los Angeles County Medical Center.  It was determined that the suspect did not sustain a gunshot wound: however, he was admitted for a pre-existing medical condition.  There were no officers injured as a result of the incident.

Los Angeles Police Department Force Investigation Division (FID) responded to the incident and will be handling the investigation of the officer-involved shooting.

The investigation will ultimately be reviewed by the Chief of Police, Office of the Inspector General and The Board of Police Commissioners for compliance with the Department’s use-of-force policy which states that an officer’s use-of-force actions must be objectively reasonable.  Additionally, the Los Angeles County District Attorney’s Justice System Integrity Division will conduct a comprehensive review of the facts of the officer-involved shooting.