Thursday, September 21, 2017 – From the Los Angeles Police Department (LAPD) Air Support Division heliport, LAPD Reserve Officer Lance Ordin, Air Support Division, opened a news conference to announce the First Responder Fund. This fund will support the police and fire first responders who have provided lifesaving water rescues while having suffered loss and damage. To donate you can text “HELP911” to 41444 or visit FirstResponderFund.com.

Assistant Chief Wendy Baimbridge, Houston Police Department, said their officers were pre- mobilized before the arrival of Hurricane Harvey. Officers were assigned to working 12 hour shifts and quickly switched to working 24 hours shifts for 5 days straight, which they had never done before. Houston Police Department officers saved 6,000 individuals who were trapped by the high water in their homes. Sadly, 600 police officers would return to their homes that had severe or total damage. 60 officers lost their personal vehicles they parked in city lots while they were on patrol and were unable to return to their homes. The Houston Police Department lost two police stations due to flooding and had to relocate four divisions while mobilizing officers conducting high water rescues.

Unfortunately, Houston Police Department suffered a tragic in the line of duty death. Sgt. Steve Perez died when his patrol vehicle entered high flood waters as he was enroute to the closest police station. Sgt. Perez couldn’t make it to his own station because it had been damaged by the hurricane. Houston Police Department officers continued their duty despite the loss of their colleague and damage to their homes. 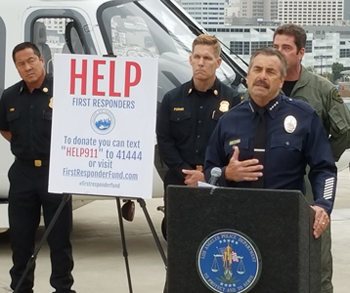 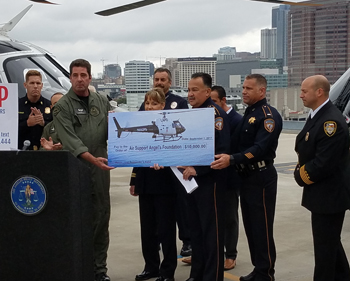